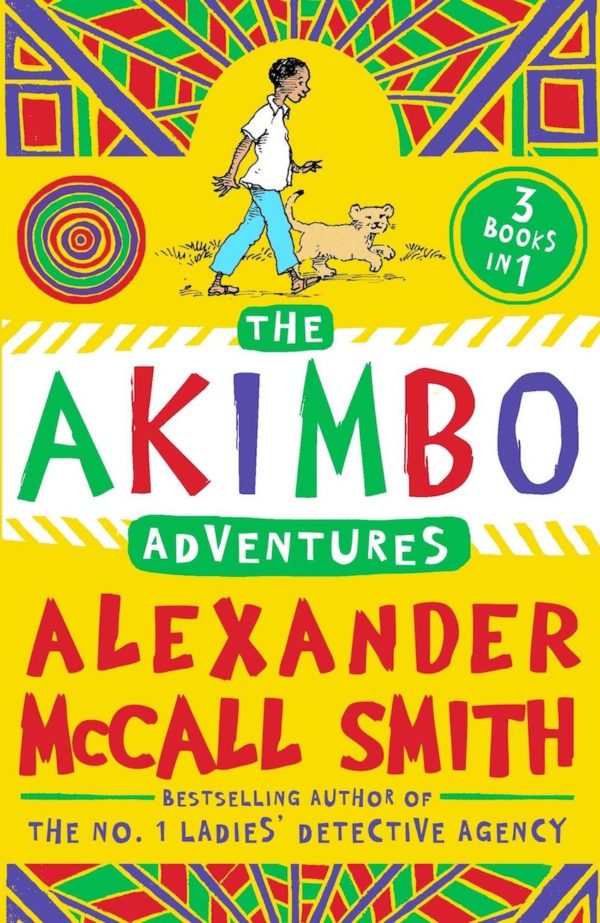 Akimbo and his parents live on the edge of an African game reserve. It’s his father’s task to protect the thousands of amazing animals who make it their home, and wildlife-loving Akimbo dreams of helping him. In these three adventures, Akimbo protects elephants from poachers, saves a lion cub from a trap, and rescues a man from a crocodile!

Fans of The Jungle Book and the Just So Stories will love these stories of wild animals and thrilling adventures.

Alexander McCall Smith is one of the world’s most prolific and most popular authors. His career has been a varied one: for many years he was a professor of Medical Law and worked in universities in the United Kingdom and abroad. Then, after the publication of his highly successful ‘No 1 Ladies’ Detective Agency’ series, which has sold over twenty million copies, he devoted his time to the writing of fiction and has seen his various series of books translated into over forty-six languages and become bestsellers through the world. These include the Scotland Street novels, first published as a serial novel in The Scotsman, the Isabel Dalhousie novels, the Von Igelfeld series, and the Corduroy Mansions series, novels which started life as a delightful (but challenging to write) cross-media serial, written on the website of the Telegraph Media Group. This series won two major cross-media awards – Association of Online Publishers Digital Publishing Award 2009 for a Cross Media Project and the New Media Age award.

In addition to these series, Alexander writes stand-alone books. 2014 sees publication of three new novels which fall into this area: ‘The Forever Girl’; ‘Fatty O’Leary’s Dinner Party’; and ‘Emma’ – a reworking of the classic Jane Austen novel. This year there will also be a stunning book on Edinburgh, ‘A Work of Beauty: Alexander McCall Smith’s Edinburgh’. Earlier stand alone novels include ‘La’s Orchestra Saves the World’ and ‘Trains and Lovers: A Hearts Journey’.

Alexander is also the author of collections of short stories, academic works, and over thirty books for children. He has received numerous awards for his writing, including the British Book Awards Author of the Year Award in 2004 and a CBE for service to literature in 2007. He holds honorary doctorates from nine universities in Europe and North America. In March of 2011 he received an award from the President of Botswana for his services through literature to that country.

Alexander McCall Smith lives in Edinburgh. He is married to a doctor and has two daughters.