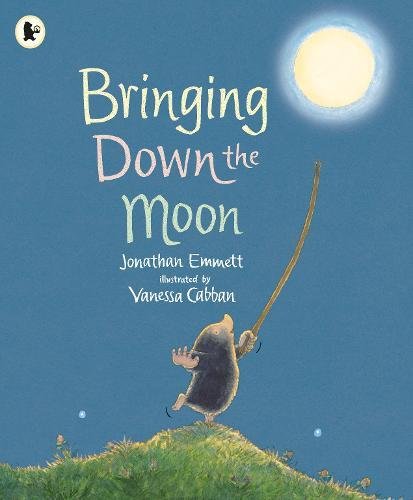 “Hot-diggerty! Whatever’s that?” exclaims Mole as he burrows out of the ground one night and catches sight of the moon. He thinks it’s the most beautiful thing he’s ever seen and he wants it, so he sets about trying to pull it down – to no avail. When all his efforts prove to be in vain, he suddenly notices the moon’s in a puddle at his feet and reaches to pick it up and breaks it. Poor Mole is inconsolable, until he is shown that the moon is not broken at all, but just as beautiful as ever, hanging in the sky like a bright silver coin. And it’s not as near as it looks! 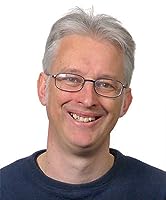 Jonathan Emmett was born in Leicestershire in 1965, the son of a mechanical fitter and a primary school teacher. He trained and worked as an architect but left the profession to become a stay-at-home dad and pursue a career as an author and paper engineer. His first book, Doohickey and the Robot, was published in 1999 and he has since written over 60 more books for children. As well as writing picture books such as Bringing Down the Moon, Someone Bigger and The Princess and the Pig, Jonathan paper-engineers pop-up books. His books have been translated into over thirty different languages and have won several awards both in the UK and abroad.
Jonathan lives in Nottingham.