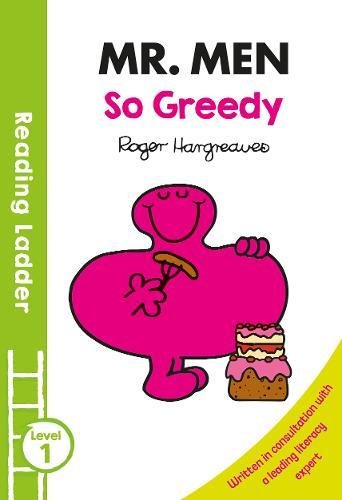 The Mr. Men and Little Miss are here to help engage children and inspire them to read with confidence.

This book includes two funny stories. In the first Mr. Greedy discovers that being heavy can be useful and in the second Mr. Topsy-Turvy is all back to front and front to back!

With colourful pictures, short sentences and simple, phonetic-based vocabulary, children will love learning to read with the Mr. Men and Little Miss.

Level 1 Reading Ladder titles are perfect for new readers who are beginning to read simple stories with help.