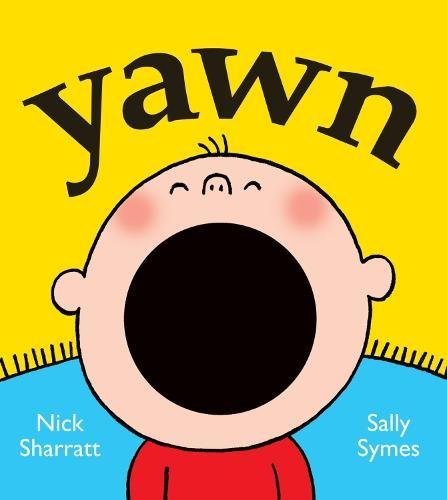 Peep through the holes, follow the yawn and join the fun in this interactive bedtime board book. 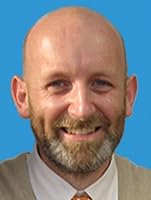 Nick liked drawing from an early age. “When I was nine,” he says, “a picture that I’d drawn at school was pinned up in the hall, and the husband of one of the teachers saw it and offered me five pounds to do a similar picture for him. That’s when I decided I was going to be a professional artist one day! I nearly always drew in felt tip pens then, and I liked drawing big crowd scenes. I’d start in the bottom left-hand corner of the paper and just let the picture grow, telling myself stories about each of the characters in turn as I drew them.”

On leaving school Nick went to art college in London to study graphic design. After that, he drew humorous illustrations for magazines and for packaging, such as cake boxes, sweet packets and Easter egg wrappers – “But sadly I never got any sweeties, and the eggs they sent were all made out of plaster!” He illustrated school textbooks, before going on to write and illustrate, and then write his own picture books. The first book he wrote and illustrated was What Do I Look Like?

Nowadays, Nick spends about half his time illustrating other writer’s stories and half illustrating his own. He works in a variety of media. The pictures for My Mum and Dad Make Me Laugh, for example, were done in wax crayon, “then I dipped cotton buds in white spirit and used them like little brushes to smudge and paint the wax.” For Caveman Dave he used waterproof ink and watercolour paints, while Once Upon a Time and Rocket Countdown were drawn in black line with charcoal, and then coloured in by computer. “I find drawing and colouring the easy bit,” he says, “it’s thinking up the stories that’s hard!”