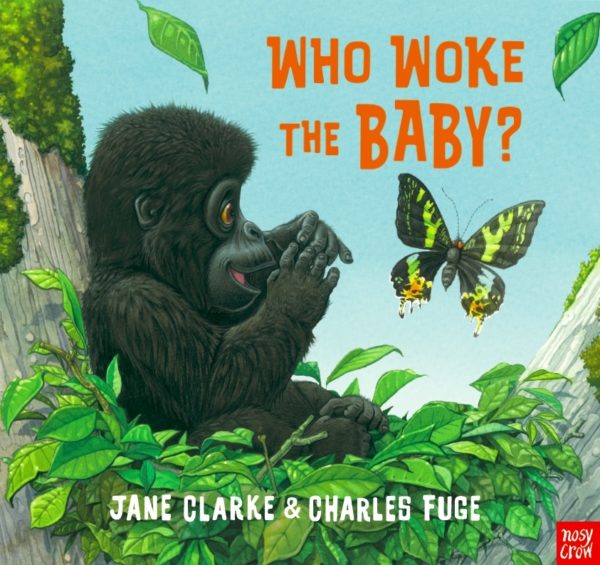 It’s early morning in the jungle and little gorilla is NOT happy. Whoever woke him up?! As the mystery unfolds, we learn about a chain of events involving an assortment of animals who all played a part, but who did it all begin with…?

About the Author:
Jane’s the author of over 70 books for young children including the award-winning Gilbert the Great series and Stuck in the Mud. She’s also a children’s poet, so she’s thrilled to bits to have three new rhyming picture books (Who Woke the Baby, Old MacDonald’s Things That Go, and I Saw Anaconda) with Nosy Crow. Jane enjoys visiting nurseries and primary schools, and loves animals, country walks, fossil hunts, meeting up with her sons and their families in the UK and USA, and having fun with her baby granddaughterCharles has been writing and illustrating since 1988. His first picture book, Bushvark’s First Day Out, won The Macmillan Prize and was published whilst he was in his second year at Camberwell School of Art. A year later it went on to win The Mother Goose Award for best newcomer to children’s picture books. He lives in Dorset with his partner, Sarah, and their son Ollie.