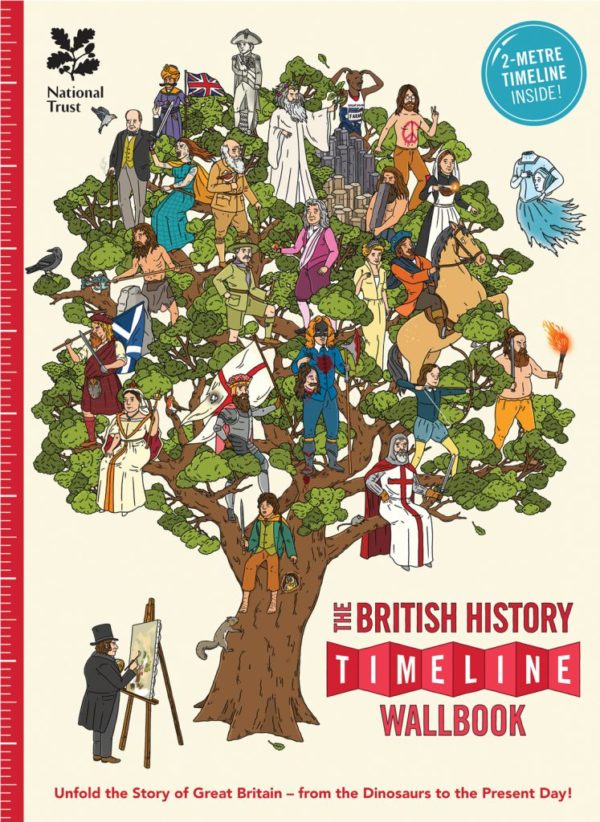 Explore the British History as you have never seen it before! A beautiful 2-metre-long timeline unfolds to reveal key moments including the story of kings & queens, famous battles, the heroes of science, art and culture as well as iconic national buildings and monuments, all of which have shaped the history of our islands from before humans to the present day. Also includes 16 pages of newspaper-style chronicle with crosswords, letters-to-the-editor and a multiple-choice quiz. The finishing touch of a handy pocket magnifier make this Wallbook Timeline of British History the perfect gift for curious kids and adults alike.

About the author: Christopher graduated with a double first in history from Cambridge in 1990 and went on to become the Technology Editor for The Sunday Times. He left in 2000 to become CEO of Immersive Education in Oxford before becoming an author in 2006. His best selling history of the world, called What on Earth Happened? (Bloomsbury 2008) is now in 15 languages and has sold more than 500,000 copies worldwide. He established his own publishing house What on Earth Publishing in Spring 2010 and has published a series of timelines in collaboration with illustrator Andy Forshaw covering history, nature, science, sport, Shakespeare and Magna Carta. Christopher is now in great demand as a lecturer and storyteller in schools, museums and at literary festivals throughout the UK and abroad. He divides his time between lecturing and writing.

“Astonishing – perfect for all the family” – The Sunday Times