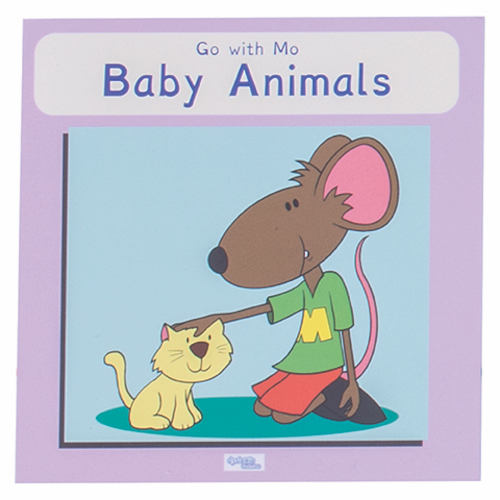 Ensure all children enjoy the learning process regardless of ability with the Lexie Mouse Phonic Books; designed to help children who have dyslexia read with ease. Lexie Mouse Design have created Dyslexie Font: a unique font which helps simplify reading for children with dyslexia but that is also readable by children without.

With an exciting range of books, featuring new characters, early readers can come to recognise and enjoy the characters whilst progressively mastering the basics of reading. The books begin with no words and eventually build up to full sentences to ensure ease of progression throughout the phases of KS1. Each book is also colour coded for each phase following the book band colour levels. All Lexie Mouse Design Books follow the national curriculum and are great for learning at home or in the classroom.

• Unique font that can be read by dyslexic and non-dyslexic children
• Designed to work within the UK Governments “Letters and Sounds” document
• Book sets organised into common book bands
• Designed to give children a sense of reading progression
• Colourful, fun illustrations
• Delightful mice characters they will recognise and enjoy
• “Books for all” using a font for all

About Dyslexie Font:
Dyslexie font is a unique font developed for people with dyslexia. People with Dyslexia treat letters as 3D objects; this can be a problem when reading. There are 26 letters in the Western script, the design is often based on each other like…. ij, mn, vw…  So if we rotate, mirror or switch letter, then twin letter occurs, adding confusion to when trying to read… The Letters in Dyslexie Font have a bolder bottom, which makes them more distinctive. By lengthening the ascender or descender, the difference between the letters is emphasized. By widening the openings of the letter, the letters are easier to recognise. Some letters are slightly slanted to prevent them looking the same. The capitals and punctuations are bolder, so the text won’t be read as one sentence. Studies have shown this unique font benefits many people within the SEN and non-SEN sectors. Lexie Mouse Design has incorporated this font into a wide range of children’s books and products, allowing SEN and non-SEN children to enjoy the reading process together!

Awards:
Dyslexie font was a finalist for the Fast Company Innovate Through Design Award in 2012 and went on to many highlights in 2013, including a nomination for the INDEX Award of Copenhagen and the first prize in the Rabobank New Generation Pitch.

Christian Boer(1981) is a graphic designer and graduate of the Utrecht Art Academy. He first developed the Dyslexie typeface there as a final thesis project. A dyslexic himself, Christian set out to create a font that would make reading a less arduous task. After completion, the revolutionary font immediately caused quite a stir among the dyslexic community and in the international media.

Since winning the prestigious Smart Future Minds Award 2010 in Amsterdam, this media attention has only intensified. Among others, Scientific American, Euronews and Springwise have covered the font, In 2011, Dyslexie font won first prize at the Smart Urban Stage in Amsterdam, as well as being one of the most talked-about presentations at TEDx Dubai.