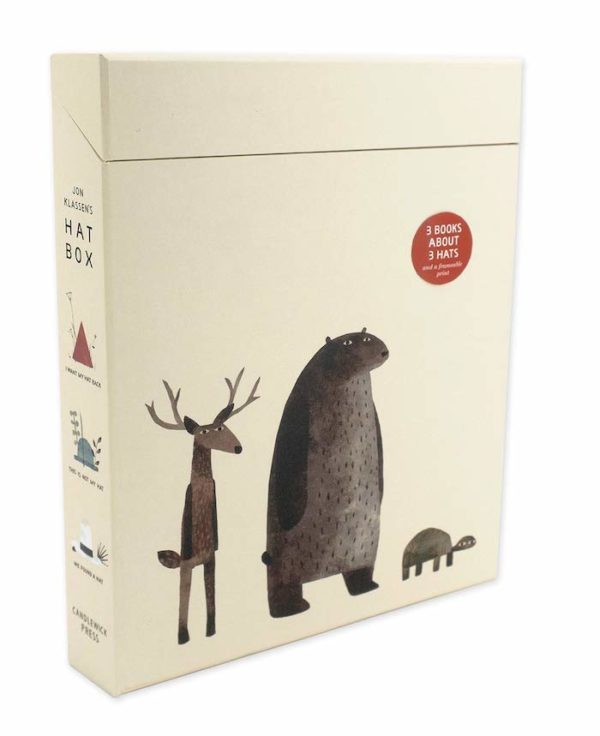 The bear’s hat is gone, and he wants it back. A fish has stolen a hat – will he get away with it? Two turtles have found one hat, but the hat looks good on both of them… Jon Klassen’s deliciously deadpan hat tales continue to surprise and delight readers of all ages, and they are all now available in one beautiful boxed set along with an exclusive frameable print. Included are: I Want My Hat Back This Is Not My Hat We Found a Hat

Written and Illustrated by: Jon Klassen

Jon Klassen is the author-illustrator of We Found a Hat, I Want My Hat Back and This Is Not My Hat, the only book to ever win both the Kate Greenaway and Caldecott Medal. He also illustrated Triangle, The Wolf, the Duck and the Mouse, Extra Yarn and the Caldecott Honor book Sam and Dave Dig a Hole, all written by Mac Barnett, as well as Ted Kooser’s House Held Up By Trees. Before making picture books, he served as an illustrator on the animated feature film, Coraline. Originally from Niagara Falls, Canada, Jon now lives in Los Angeles, California with his wife and son.