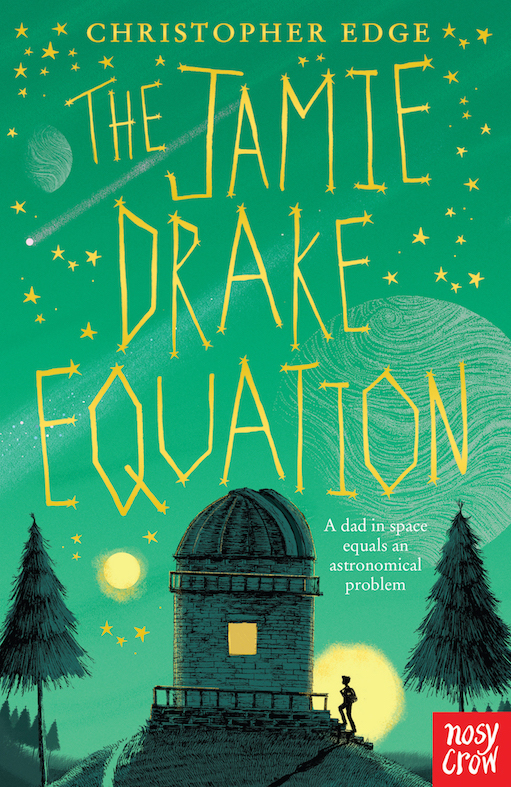 How amazing would it be to have a dad who’s an astronaut?

Rocket launches, zero gravity, and flying through space like a superhero! Jamie Drake’s dad is orbiting the Earth in the International Space Station and Jamie ought to think it’s cool but he just really misses him…

Hanging out at his local observatory, Jamie picks up a strange signal on his phone. It looks like alien life is getting closer to home. But space is a dangerous place and when his dad’s mission goes wrong, can Jamie prove that he’s a hero too?

A cosmic adventure for anyone who’s ever looked at the stars, from the author of The Many Worlds of Albie Bright.

“Packed with astrophysics, emotion and invention on a galactic scale, this is science fiction at its most moving and exciting.” – The Guardian

“Told with the intelligence and heart we expect of Christopher Edge… Edge has found the equation that solves the problem of how to write a fun, intellectually challenging novel with an emotional centre. It’s a big tick.” – The Times

“With family drama and alien intrigue, this captures both the wonder of space and the complexity of growing up.” – The Bookseller

“After the amazing The Many Worlds of Albie Bright, Christopher Edge would easily be forgiven for a less ambitious follow-up. Instead, he has written a novel easily as good as the one before, filled with his trademark combination of wit, pathos and hilarity.” – Booktrust

“This book touches on some interesting math topics that will thrill some and confuse others. The real-life social issues that are tackled, such as divorce, are approached in believable and satisfying ways. There is even a small section in the back that answers questions on aliens contact. VERDICT A fine purchase for beginner sci-fi readers or any child interested in aliens and space flight.” –  School Library Journal

“An exciting, adventure story… The Jamie Drake Equation’ is one of those great books that offers a humorous, intelligent, warm and gripping read. I can’t wait to get it into the hands of children in my class.” – North Somerset Teacher’s Book Award