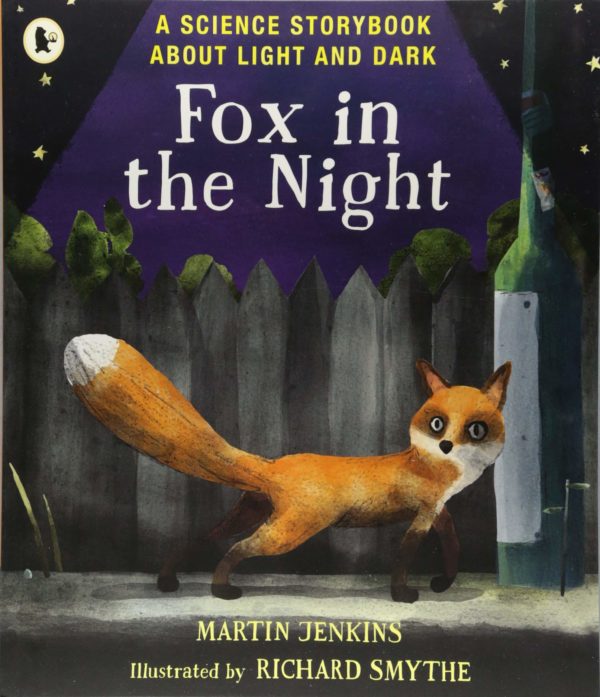 A beautifully illustrated picture book introducing young children to the concepts of light and dark.

This beautiful picture book is the perfect introduction to light and dark. Fox is hungry. She waits until it’s dark and then she hunts for food, using the moon and the streetlights to find her way. The first book in the new Science Storybook series from Walker Books, illustrated by up-and-coming talent Richard Smythe and written by Martin Jenkins, the award-winning author.

Martin Jenkins has written many groundbreaking non-fiction books for Walker: Can We Save the Tiger?, The Story of Money and Ape to name a few. He has won several awards for his writing including the 1998 TES Information Book of the Year Junior Award for The Emperor’s Egg, and he is the reteller of Don Quixote and Jonathan Swift’s Gulliver, both illustrated by Chris Riddell. Jonathan Swift’s Gulliver won the 2005 Kate Greenaway Medal. Martin lives in Cambridge.

Richard Smythe has worked with Simon & Schuster, Faber & Faber and Little Tiger Press. He loves working in children’s illustration creating and telling stories with his pictures. Ultimately Richard loves creating picture books because no matter how simple the narrative, you can always read between the lines – the only limit is your imagination!