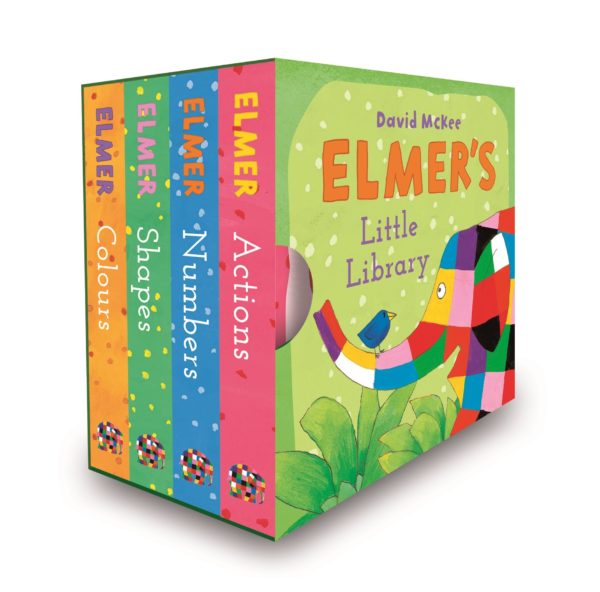 This chunky little library contains four board books – Colours, Numbers, Shapes and Actions. Little hands will love turning each sturdy page and meeting favourite friends from the world of Elmer the patchwork elephant.