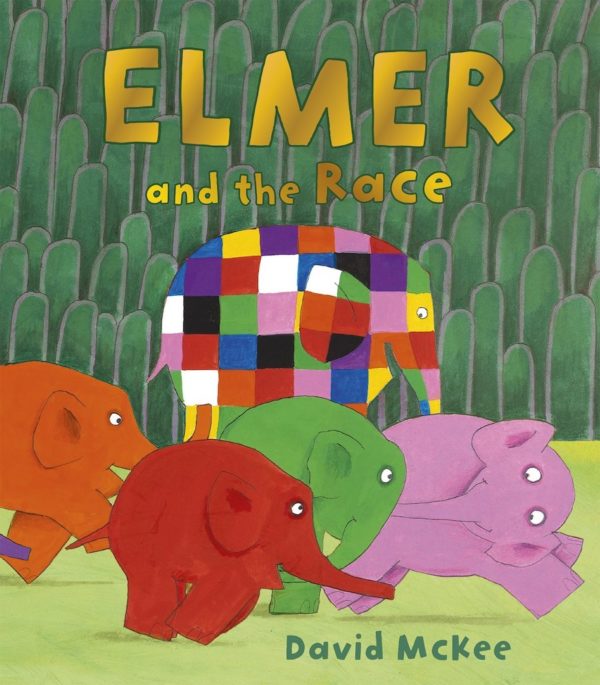 Elmer and the Race – Picture Book

The young elephants want to prove who is the fastest, so Elmer and Wilbur organise a race. Each decorated a different colour, the racers set off around the course and discover things about themselves – Blue may be first and Orange second, but White is kind, Pink and Violet are funny and Yellow is a cheat. Luckily Yellow also learns he is very good at saying sorry, so each young elephant gets a medal from Elmer.