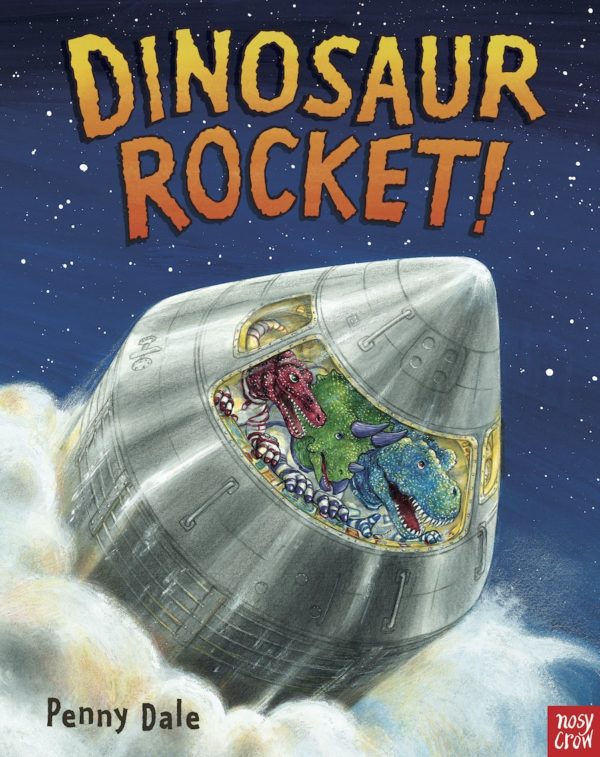 Love dinosaurs and space? Here is the perfect story!

No longer content with building, or zooming, or even rescuing, the dinosaurs now have their sights set on something much, much bigger. the MOON! Join our fearsome friends as they prepare for their cosmic journey: is the rocket all ready? Will the launch go smoothly? Can they make it to the moon? Another fast and furious adventure for anyone who loves dinosaurs, vehicles AND space!

“Combining the popular topics of space and dinosaurs is a surefire recipe for a story time hit.” – Kirkus 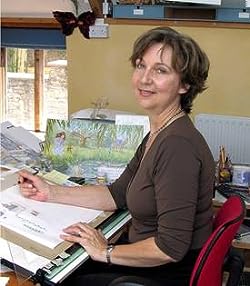 Penny is one of the UK’s leading illustrators of children’s books. The latest book in her ‘Dinosaur’ series for Nosy Crow is ‘Dinosaur Rocket!’ (2015) following on from ‘Dinosaur Rescue !’ (2014) ‘Dinosaur Zoom !’ (2012) and ‘Dinosaur Dig !’ (2011). She is an internationally-known, best-selling children’s book artist and author and has sold more than 4 million books, with editions in over 20 languages. Her much-loved picture book Ten in the Bed sold over 1 million copies worldwide. Her other titles have also met with great success : Bet You Can’t and Once There Were Giants were included in the UK SATS booklist for many years. Wake Up My B! was commended for the Kate Greenaway Medal 1988. Rosie’s Babies (written by Martin Waddell) won the Best Book for Babies award and was also shortlisted for the Kate Greenaway Medal in 1990. Night Night, Cuddly Bear and Ten in the Bed both won the Oppenheim Toy Portfolio Award in 2001 and 2002 respectively. Jamie and Angus (written by Anne Fine) won the Boston Globe Horn Book Award 2003. Penny is married, has one grown up daughter and lives in South Wales.