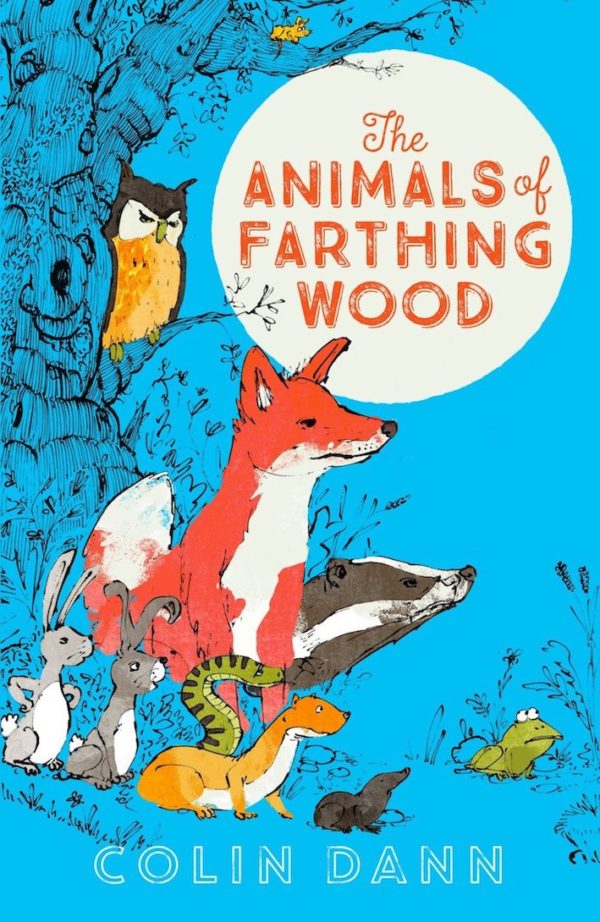 Farthing Wood is being bulldozed, and there’s a drought. Fox, Badger, Toad, Tawny Owl, Mole and the other animals must band together and set off to a far-away nature reserve. Their journey is full of adventure and fraught with disasters, and the animals must work together to survive.

The Animals of Farthing Wood is one of the most popular animal stories in children’s literature and is still in print nearly 40 years after first publication. This edition features a brand-new cover by award-winning illustrator, Sam Usher.

‘The Animals of Farthing Wood always made me very happy’ – Alison Flood, Guardian

Colin Dann was born in Richmond in 1943. After leaving the local Grammar School he worked first for a large textile company before his real love – the world of books – brought him a job in publishing at William Collins in London where he worked as a manager in the Fontana paperback division. During this time, in odds hours at home, he wrote his first book “The Animals of Farthing Wood”, which was published finally in 1979 by William Heinemann after several rejections. It was an immediate success, winning the Arts Council of Great Britain’s National Book Award for Children’s Literature and has been translated into sixteen languages.

The book has never been out of print since first publication. Six sequels and one prequel have followed and enjoyed similar success. In 1992 a major animation series, based on the Farthing Wood Stories and funded by the European Broadcasting Union, appeared on BBC television and simultaneously across Europe, attracting critical acclaim and great popularity.

Colin has been an leading children’s author for more than thirty years. In addition to the Farthing Wood books he has written many other stories including a trilogy about a pride of African lions.

He is married and lives with his second wife Susie in a converted Oast House in the Sussex/Kent Borders.